Why Is It So Hard to Get a Grocery Store in Del Valle? 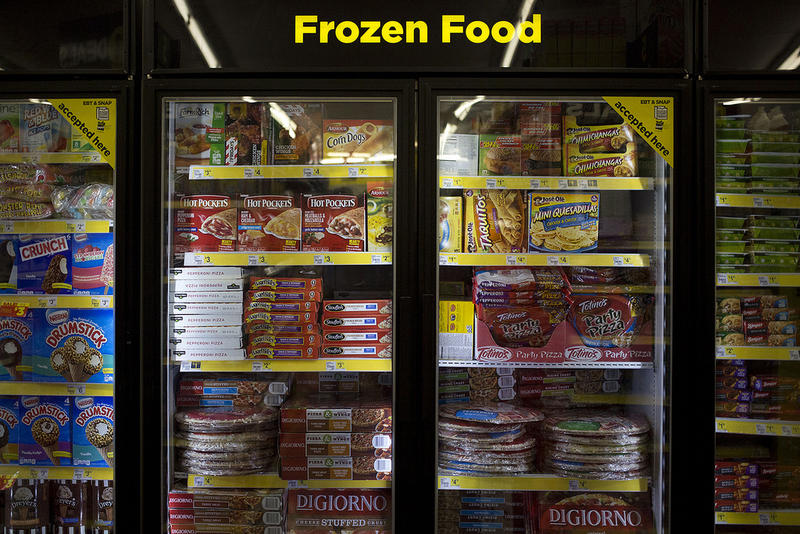 With no supermarkets nearby, Del Valle residents have found other places to get their basic groceries. Joe Padilla lives in a few miles east in Garfield, but he stops by a Dollar General in Del Valle a few times a week. They’ve got lots of dry goods and canned and frozen food, but Padilla wishes the store offered fresh produce.

“The meats that we’re able to get here in the freezer, it’s just bacon and eggs,” Padilla said. “It would be nice to have ground meat and some other items too, a choice that a normal person would like to have.”

Padilla knows of a few corner stores in Del Valle that sell fruits and vegetables, but to stock up on produce, he drives to an H-E-B on Riverside Drive or one in Bastrop. Padilla has been doing this since he moved to the area in 2000.

“It would be nice if they would open up a H-E-B or a Walmart up here, but it’s just not happening at all,” he said.

The U.S. Department of Agriculture classifies Del Valle as a food desert. That means a significant number of residents lack easy access to a supermarket — but that’s not for a lack of trying. 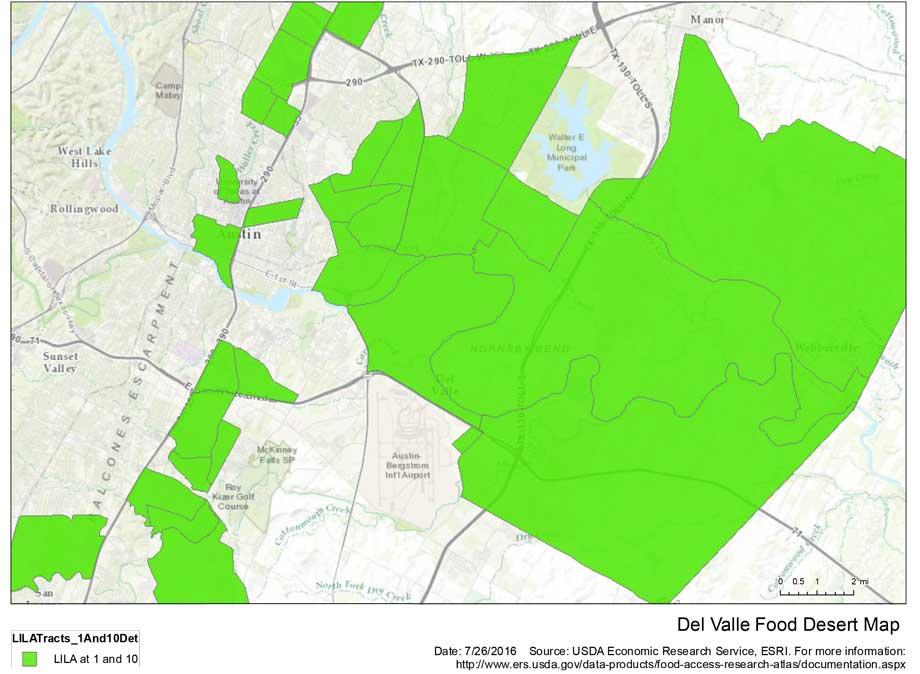 Austin City Council Member Delia Garza represents District 2, which includes parts of Del Valle. She said getting a grocery store to locate here is a top concern for her constituents, but the city is limited on what action it can take when it comes to private business. Garza said it’s also hard to know just what grocers look for when moving into a new neighborhood. Many businesses keep that information private.

“I’ve had several meetings with different grocery stores trying to figure out what the formula is to get them out there,” Garza said. “You know, they’re a business, they need to make sure that whatever they’re doing is profitable for them.”

We reached out to H-E-B to find out more, but the company did not respond to a request for an interview.

The problem may lie with Del Valle’s relatively small population and slow residential development. Gail Whitfield is the president of the Whitfield Company, a commercial real estate firm. She said many grocers consider the population within a one- to two-mile radius of a potential new store, and Del Valle just doesn’t have the density.

“SH 130 is just so close to the East, and then you also have, of course, the airport that’s pretty close that takes away the potential of any new residential to be developed,” Whitfield said.

Council Member Garza says she wouldn’t be opposed to offering economic incentives to get a grocery store built in Del Valle.